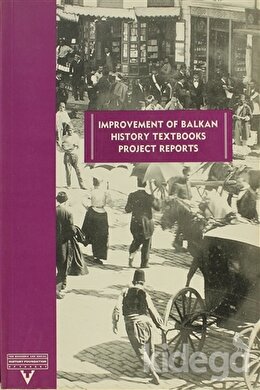 One of most recent initiatives of the History Foundation in the field of history education, namely “Improvement of tehe Balkan History Textbooks Project”, was completed in Semtember 2002. This eight-month pilot project was supported by UNESCO, the Heinrich Böll Foundation and the Consulate General of the Netherlands in Turkey. The planning metting in Istanbul (June 17th-18th,2001) was followed by a workshop in Pamporovo (Semtember 8th-9th, 2001) and a conferance in Istanbul (November 30th-December 2nd,2001), with the participation of teams from Bulgaria, Croatia, Greece, Romania and Turkey.
The project aimed to bring together academics and history teachers from the Balkan countries; to review primary and -particulary- secondary level history textbooks currently in use; and to propose alternative ways of reflecting the political, social and cultural history of these countries. The main objective of the project was to prepare a final report on the history textbooks and the teaching of history in the five Balkan countries. Sine history education is in a ‘transition period’ in each of the five Balkan countries, this book at hand, which is the final report of the project should be considered as a ‘snap shot’ of the current state of the history education iin the Balkans.
Türü: Akademik
ISBN: 9789757306917
Kapak: Ciltsiz
Kağıt Cinsi: 1. Hamur
Boyut: Normal
Sayfa Sayısı: 204
Ebat: 16×24 cm
Ağırlık: 366