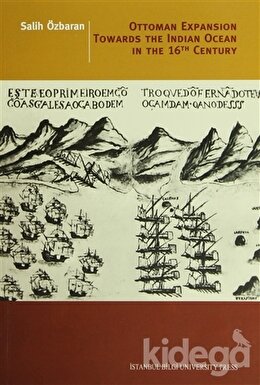 Salih Özbaran focuses on a subject which has not been studied fully and accurately so far, i.e., the Ottoman expansion towards the Indian Ocean including the imperial conquests, organizations, exploitation of southern Arab lands and coastal African ports. He also examines the confrontations with native rulers, their communal organizations and the Portuguese seaborne forces in the 16th century. Özbaran comes to the following should not be regarded as a “linear process of development”; they did not practice the fief (timar) system in the southern provinces, but the method of tax-farming (iltizam) was developed in which yearly and quarterly paid officals and soldiers played an important role. He also empasizes that the Ottomans were not fully organized in keeping the permanent seamen and naval organizations in the provinces facing the Indian Ocean although they had strongholds in towns and in country fırtresses with support of firearms. Professor Özbaran’s book questions the nature of the struggle between the Ottomans and the Portuguese over the domination of spice routes. It is not therefore fair to say -as some historians claim- that the Ottoman Empire was a land-bound one. This book is a pioneering work based mainly on Ottoman and Portuguese archival sources and chronicles illustrating administrative, military and economic structure of the southern provinces. -İdris Bostan- İstanbul University