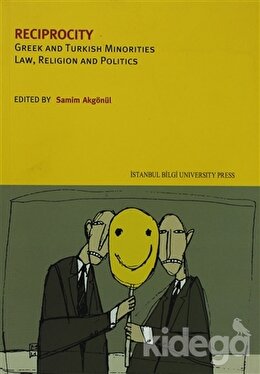 Reciprocity is a universal concept in international law and in international relations that encourages the parties to adhere to contractual agreements. It is also binding, as it allows the possibility of sanctions under the international law. However, within the framework of reciprocal treatment of the minorities in Greece and Turkey, the concept was misconstrued and, eventually, misused by the respective governments. In both of these states, reciprocity had been interpreted as a legitimate basis for retaliation against its own citizens for policies of another sovereign state. Clearly, reciprocity, when applied to the situation of minorities in Greece and Turkey, cannot be treated by both governments as means of reprisal, but instead should be a source of responsibility towards the respective minority that resides in each of the states and constitutes part of the society. The idea of this book was born out of the AFEMAM (French Association for Studies on Muslim and Arab World) Congress, held in Strasbourg in 2005. This book, a collaborative effort of eight scholars specializing in Greek-Turkish relations, offers an insight on the issue of reciprocity in the case of Greek and Turkish minorities in Turkey and Greece from legal, historical, sociological and political science perspectives. The objective of this collective endeavour is to introduce a spectrum of views on the issue and invite the international community, academia and policy-makers, as well as general public, to advance and contribute to the discussion and dialogue opened in this volume.