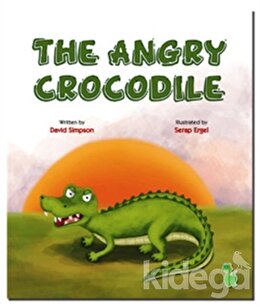 “One day, an angry crocodile lost his way home. Whenever he asked someone for help they remembered that he’d been horrible to them, and didn’t want to talk to him. He got more lost and became very hungry, which made him even more angry. On his journey he met a lion, who gave him some good advice. He told the crocodile that he should try to be friends with other creatures, then they might want to help him. The crocodile said sorry to everyone he had been horrible to, and promise to be nice in future. Soon they all became his friends and showed him the way home..”